The four-metre-high panda sculpture at New Era Square in Sheffield, which has recently been mounted on the rooftop corner of the scheme overlooking the city, has now climbed back down to the main public square – allowing more visitors to see it up close.

Following Hendo’s descent last week, the public plaza at the heart of the scheme is now home to all the scheme’s iconic panda art installations. This includes the small panda sitting on a bench and another clambering up the side of a pillar – known as Little Mester and Coe Coe respectively. “We tested the panda up on the roof for a few months whilst we applied the finishing touches to the rest of the development, and although it certainly made for an impressive skyline vista, we did feel he was a bit wasted up there.

“Therefore, we have made the decision to bring him back down to the ground level so he can become the real showpiece of the art installation and the public square. It is incredibly impressive up close and is already proving to be a real visitor attraction for us, with many people stopping to take a selfie.”

The pandas are the creation of David Wei of Hatch Architects and were named last year by readers of Sheffield’s local newspaper, The Star.

New Era Square has been shortlisted for Outstanding Development of the Year at the Insider SCR Property Awards 2021.

With construction now completed, the scheme has been bucking the trend in terms of leasing, and in recent months has signed up student lettings firm Unihomes – who have taken a full floor in the six-storey commercial block, a medical centre, ultrasound clinic and several new restaurants and cafés – offering everything from modern Japanese to relaxed Nordic cuisine.

The winner of the awards will be unveiled at the Insider SCR Property Awards Dinner on 1 September 2021. If successful, it would be the second year in a row that New Era Square has scooped up a prestigious prize at the event – with Managing Director Jerry Cheung winning Property Personality of the Year in 2020.

“The team and I are proud and delighted to be shortlisted for the Outstanding Development of the Year award,” said Jerry Cheung.

“We see it as recognition for all our hard work and it’s an honour to be considered alongside some other truly fantastic developments across the region.”

Sheffield’s food and drink scene is set for a huge boost with the opening of the £70million New Era Square development.

From this month, New Era Square – which also includes over 650 student residences, apartments and penthouses, plus a Grade A office building and gym – will finally be able to fully open its doors and welcome visitors.

Developer Jerry Cheung said the 430,000 sq ft development promises to be an exciting destination for visitors looking to discover somewhere new and exciting to socialise following 12 months of lockdowns.

“Despite the difficulties posed by Covid, we’ve completed the development only two months later than planned and the site is now almost fully let. This summer, visitors can look forward to shopping relaxing, socialising and connecting again over food and drink in our vibrant and attractive public square.” Several other new eateries, which are currently being fitted out and will open between June and September this year, include a stylish burger restaurant, a large sports bar and an elegant Japanese restaurant called Doki Kagoshima, which has ambitions to become the flagship Japanese restaurant in Sheffield.

Lykke – a Scandinavian-styled café – will round off the truly global and multicultural offer at New Era Square, serving up Nordic and north European cuisine.

New Era Square will open in accordance with government guidelines throughout May and June. We are delighted to report that New Era Development’s Managing Director, Jerry Cheung, has been named ‘Property Personality of the Year’ at the Insider’s Sheffield City Region Property Awards 2020. Due to the ongoing pandemic, there was no celebratory dinner reception for the Awards this year, so the award was announced via social media and the Insider’s website.

On his accolade, Jerry said: “I am unbelievably proud to win this award. I have the upmost respect for the other nominees in this category – they have all made a huge contribution to the region, and many of them have supported me along the way. So, it is a genuine honour to be included in such esteemed company.

“It has always been my ambition to create something unique for Sheffield and make a long-term positive contribution to the city I call I love. I am very proud of what myself and my brilliant team have achieved so far with New Era Square, and there is more to come.” Last week, New Era Development met the Directors and leaders of companies visiting Sheffield on a trade mission from Tianjin, a major port city in China.

END_OF_DOCUMENT_TOKEN_TO_BE_REPLACED 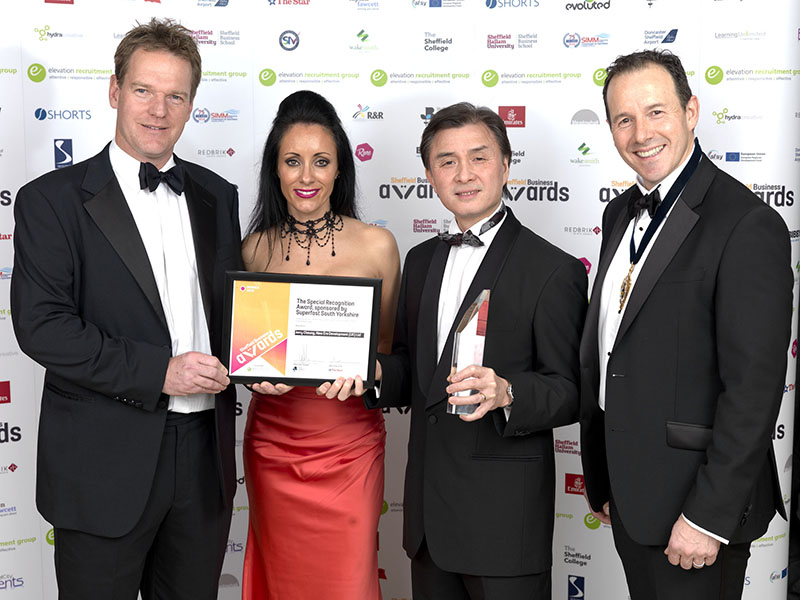 “The man behind a multi-million property development in Sheffield has scooped a prestigious award in recognition of his contribution to the local economy.